Southern University’s desire and opportunity to be Louisiana’s leader in cannabis production and distribution are now in jeopardy.  Southern University has always led the charge of being the first to chart the course when others said it couldn’t be done.  But unfortunately, the misguided influence to choose a team that has put its own self -interest before our students has allowed others to have a clear competitive advantage in producing cannabis and allowing for it distribution.  OUR students and school deserve better. This opportunity is a clear path to financial independence for a University that is consistently faced with budget cuts and shortfalls.

Southern University is the only HBCU in the world with a state-sponsored mandate to move forward with cannabis production and distribution. Inability to move forward reflects poorly on the entire HBCU community’s potential to be creative and innovative in developing and expanding national markets.

WHAT CAN YOU DO?

Email every member of the Southern Board right now and tell them to end the contract with Advanced Biomedics and put our students first. 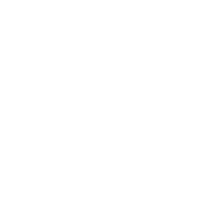